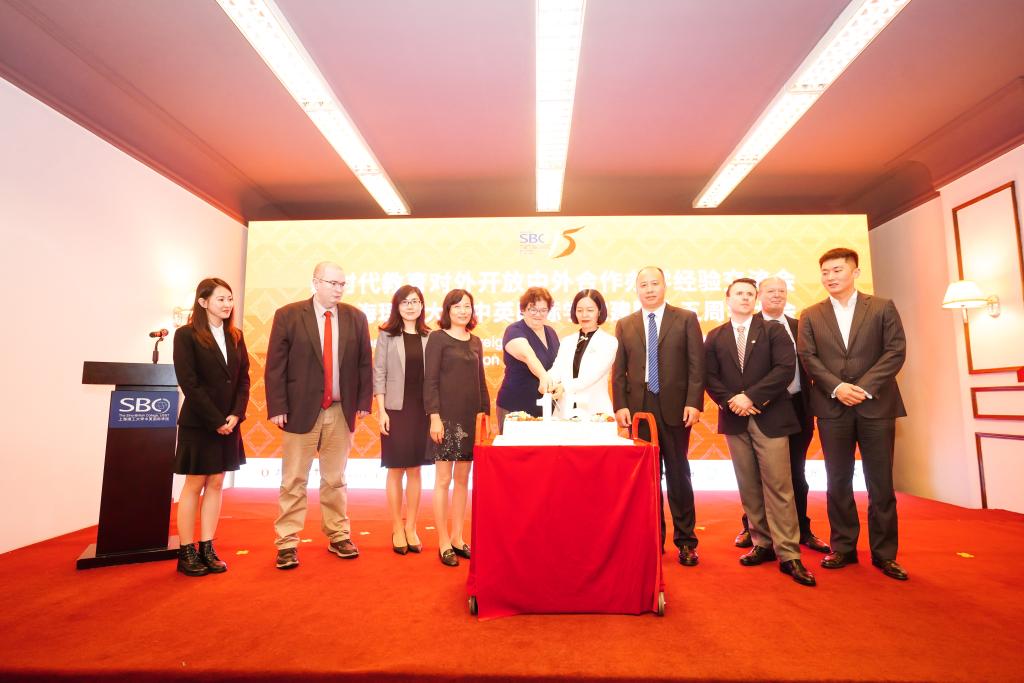 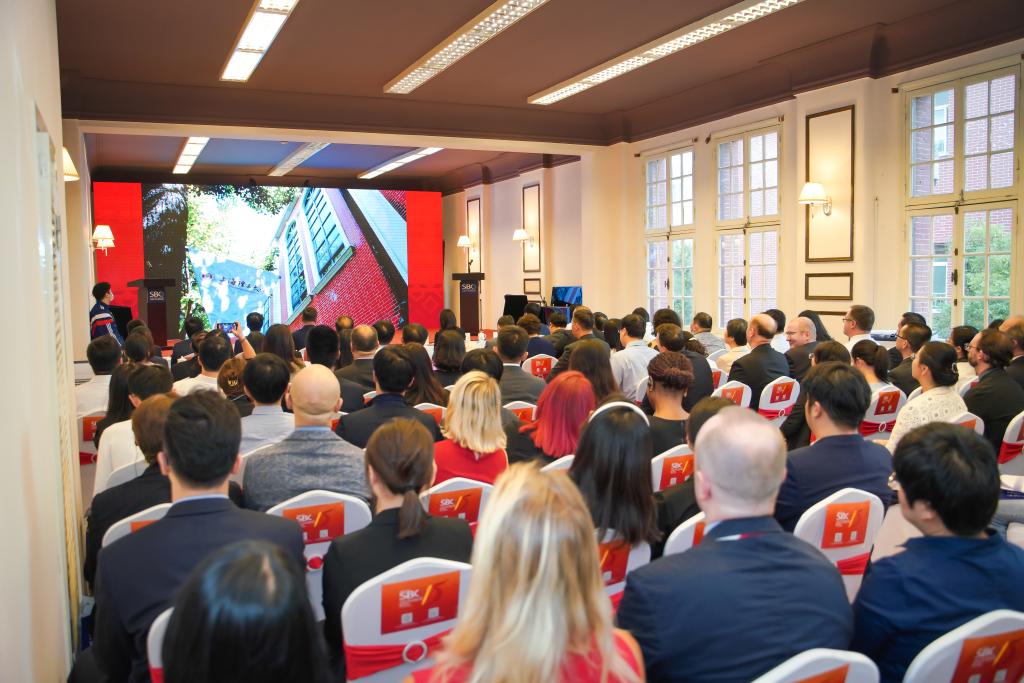 On October 15, Symposium on Sino-foreign Cooperation in International Education was held on the Occasion of the 15th Anniversary of SBC. 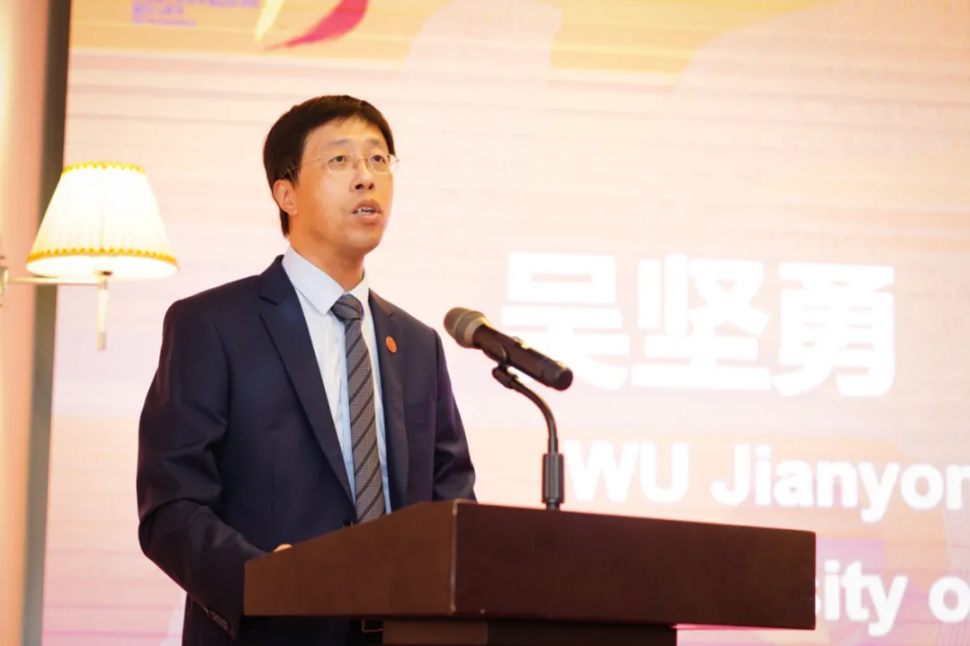 Secretary Wu extended warm gratitude to the Ministry of Education and Shanghai Municipal Education Commission. Wu said, SBC has provided international and Chinese moral education and has cultivated a large number of outstanding talents with patriotism, international vision, high quality and abilities of innovation and cross-cultural communication. He hoped SBC would fully implement the strategies in higher education and make breakthroughs in talent cultivation, social service, cultural inheritance and innovation and international collaboration.

Mao Dongmin, Head of the Division of Chinese-foreign Cooperation and Supervision of the Ministry of Education, congratulated on SBC’s great success in the last 15 years as a role model in international education. “I hope that Sino-foreign cooperative institutions, represented by SBC, will actively seek opportunities and make breakthroughs against the backdrop of the COVID-19 pandemic. I also hope SBC will have access to more international high-quality resources so as to promote cooperation and exchanges of higher education in China,” saidMao. 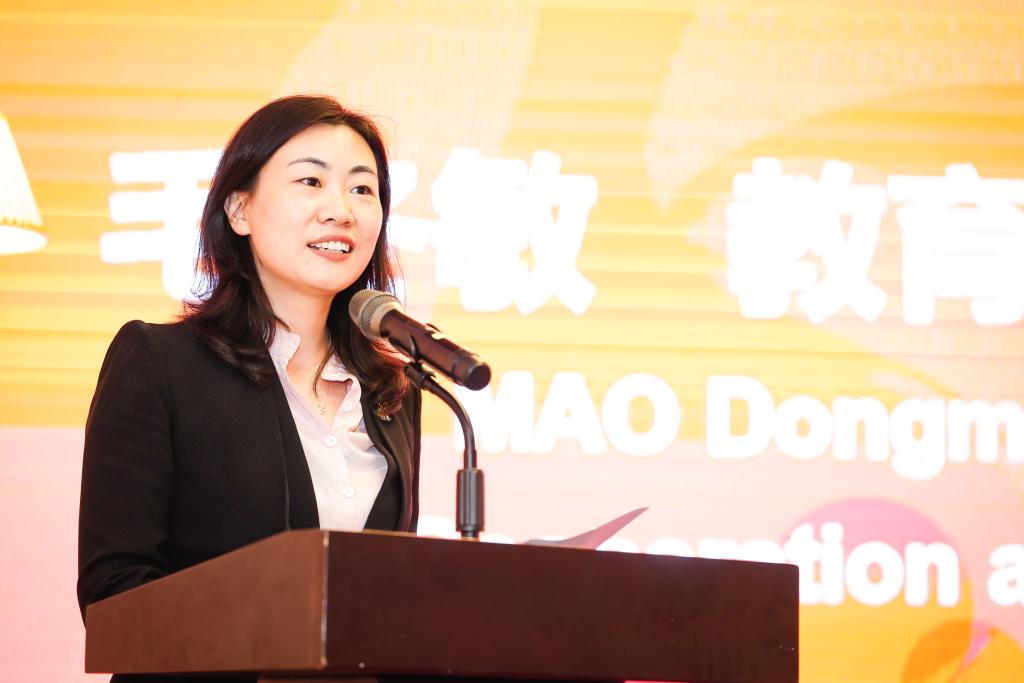 Mao Dongmin, Head of the Division of Chinese-foreign Cooperation and Supervision of the Ministry of Education addressed a speech

Laura Bishop, Principal of SBC, introduced the strategies and programs of SBC. ‘We were founded as a partnership between nine UK universities, NCUK, and the University of Shanghai for Science and Technology in 2006. All the programs were not only about subject content, but also focused on helping students develop new ways of thinking and expressing themselves that would help them make the most of the UK university experience. ’ Laura said. In the future, SBC will continue to deliver on our purpose and vision to be a gateway for internationalization in teaching and research. 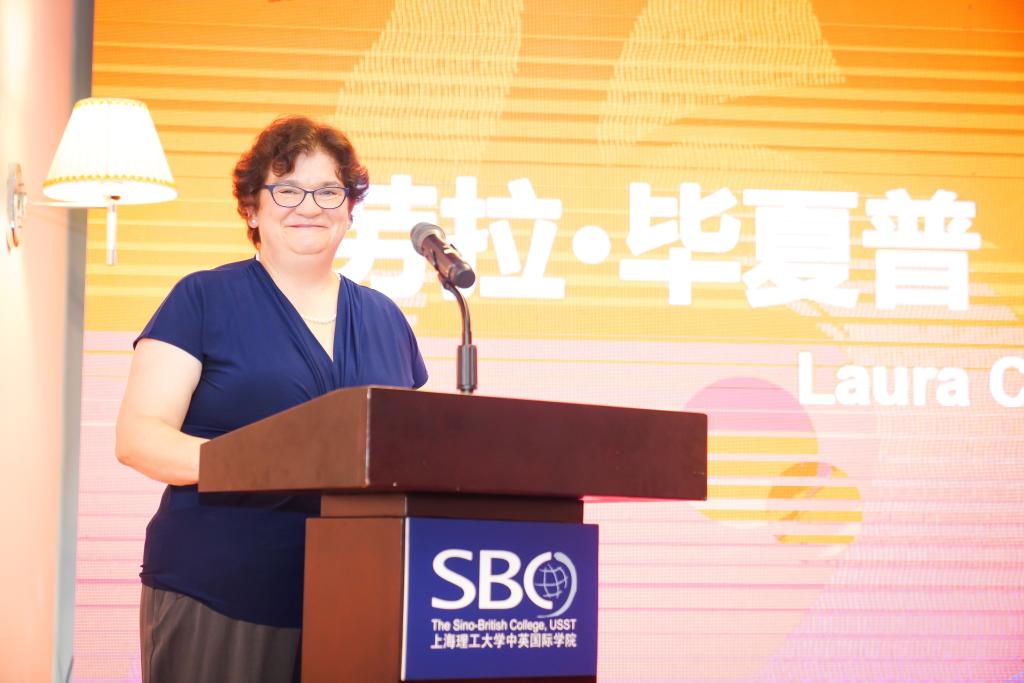 Laura Bishop, Principal of SBC, introduced the strategies and programs of SBC

In order to thank all the support from all the partners and staff of SBC, “University Partner Awards’”went to nine UK partner universities of SBC and “Special Recognition Awards” to the NCUK representatives and SBC staff and lecturers for their 15 years of support. 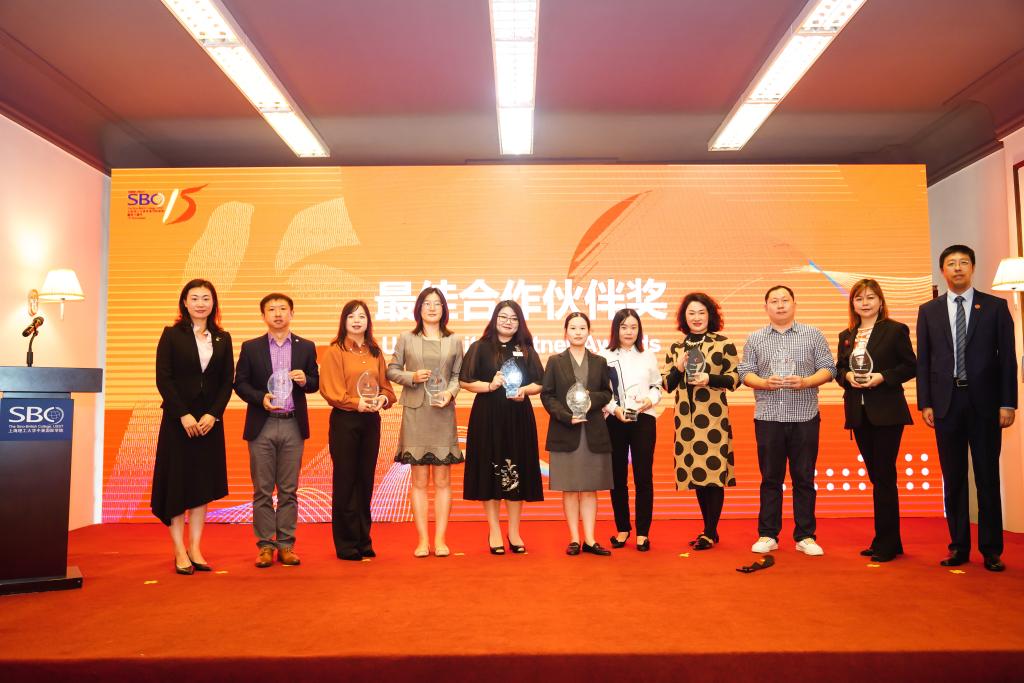 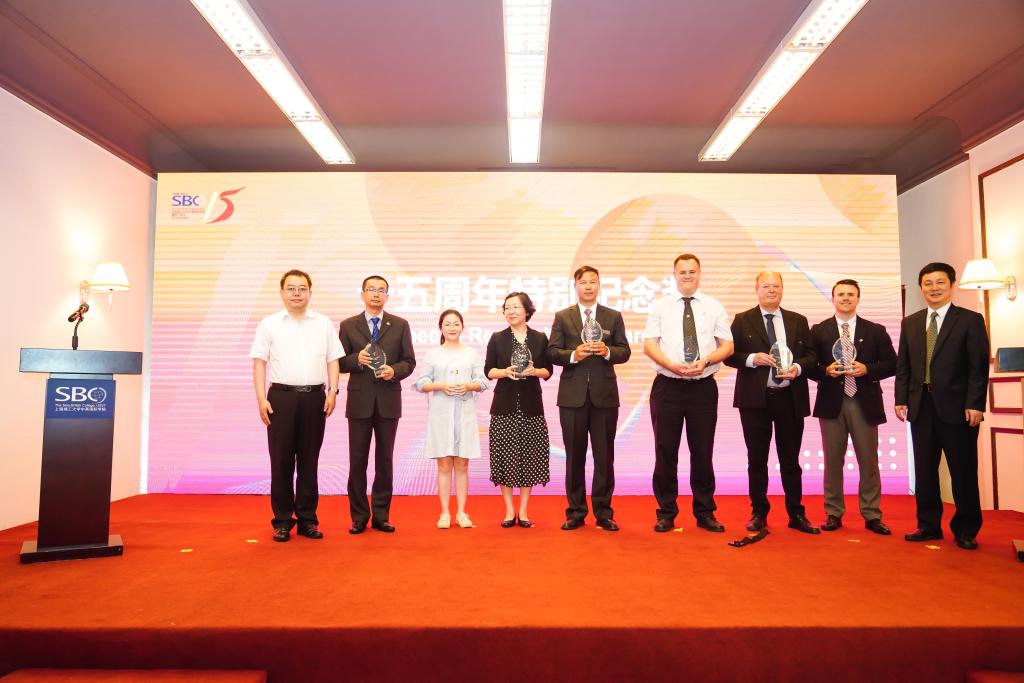 A speech was delivered respectively by Doctor Lee Henderson, Head of School of Business and Management of SBC, student representative Liu Xinyi and Li Bo, President of SBC Alumni. They told their stories with SBC, embodying three overarching themes of SBC, namely “Responsible Leadership”, “Enterprise and Innovation’ and ‘Cultural Empathy”. 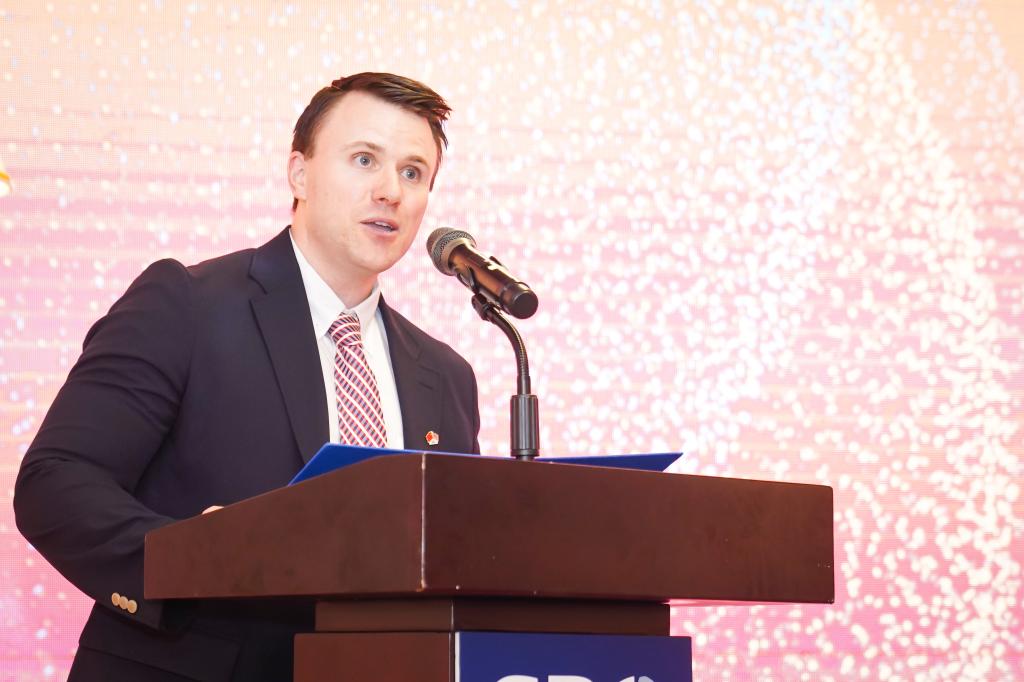 Doctor Lee Henderson, Head of School of Business and Management of SBC, delivered a speech 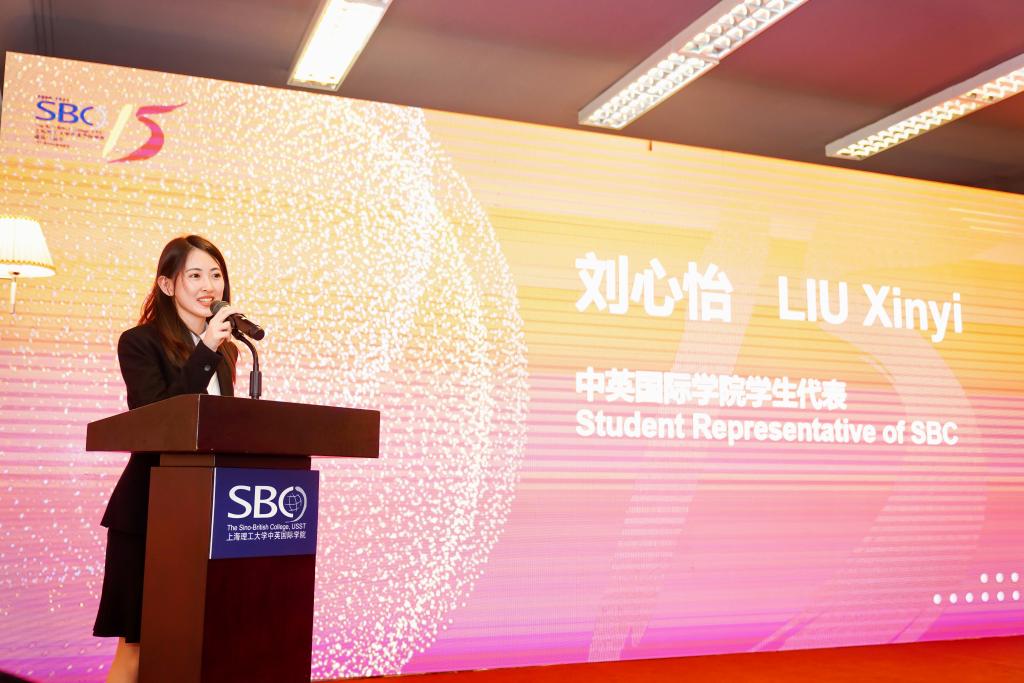 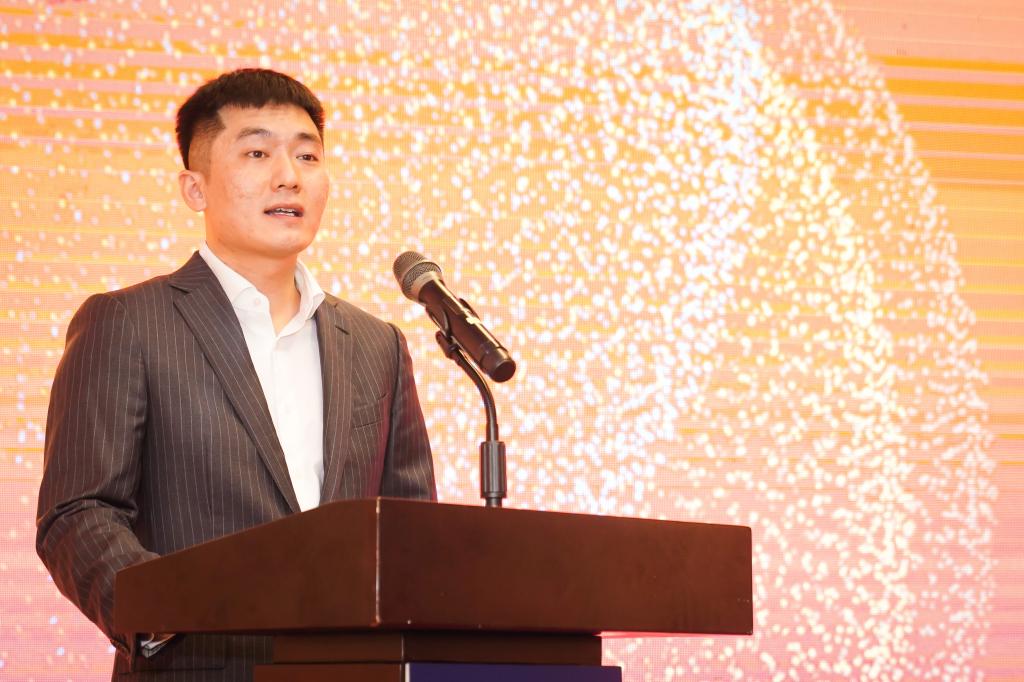 As collaborative institutes, Shen Weiqi, Vice Provost for External Relations of University of Nottingham Ningbo China and Li Shuang, Secretary of the Party Committee of SILC Business School, Shanghai University congratulated on SBC’s progress. They hoped that we should join hands to provide multiple, flexible pathways and promote the development of Sino-foreign cooperation to be of high standard, high efficiency, and high quality in the modern era. 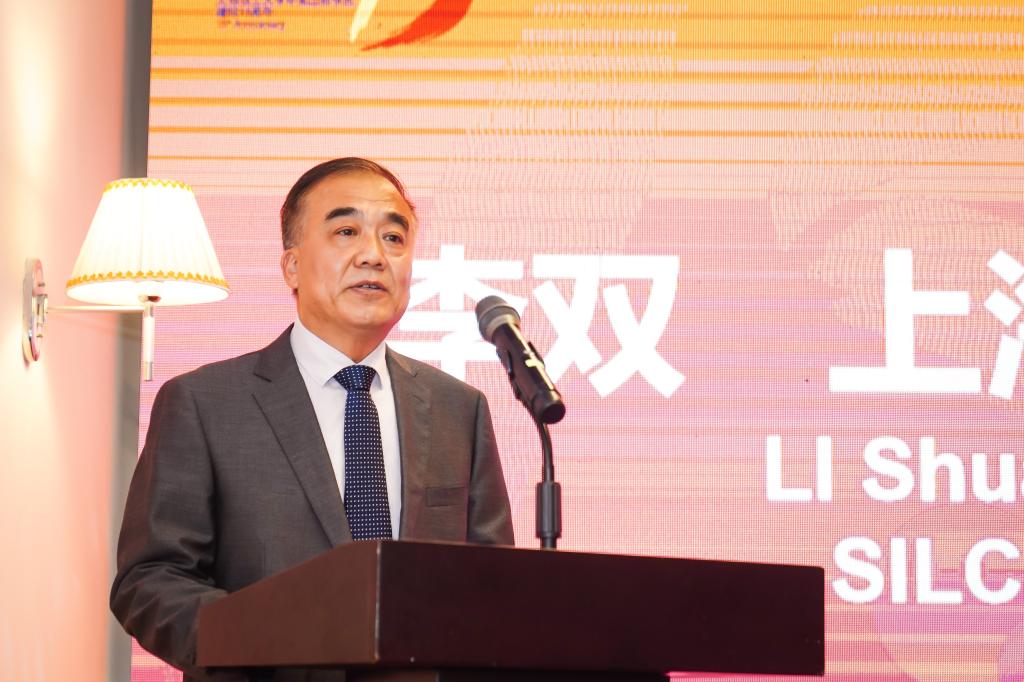 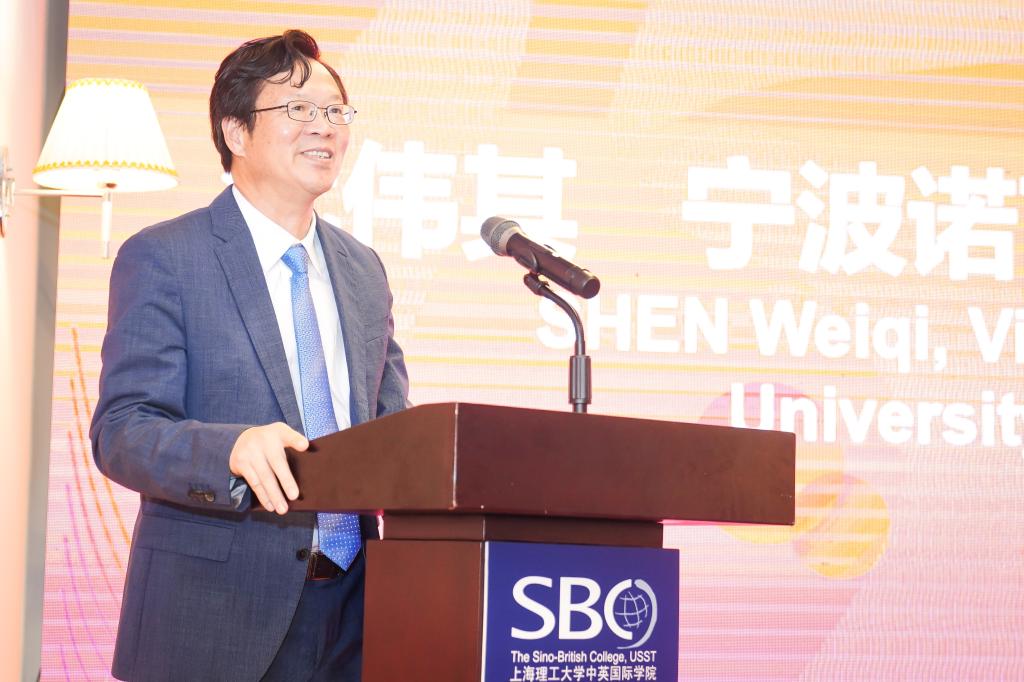 Education plays a key role in developing people-to-people links. And those people-to-people links are at the heart of the UK’s strong and dynamic relationship with China. The SBC model is defined not only by a sense of extraordinary potential but also a strength that is grounded in diversity – strength to take a difficult challenge and make it work together, strength to cast an ambitious vision and to realize it, said Chris Wood, British Consul-General in Shanghai. 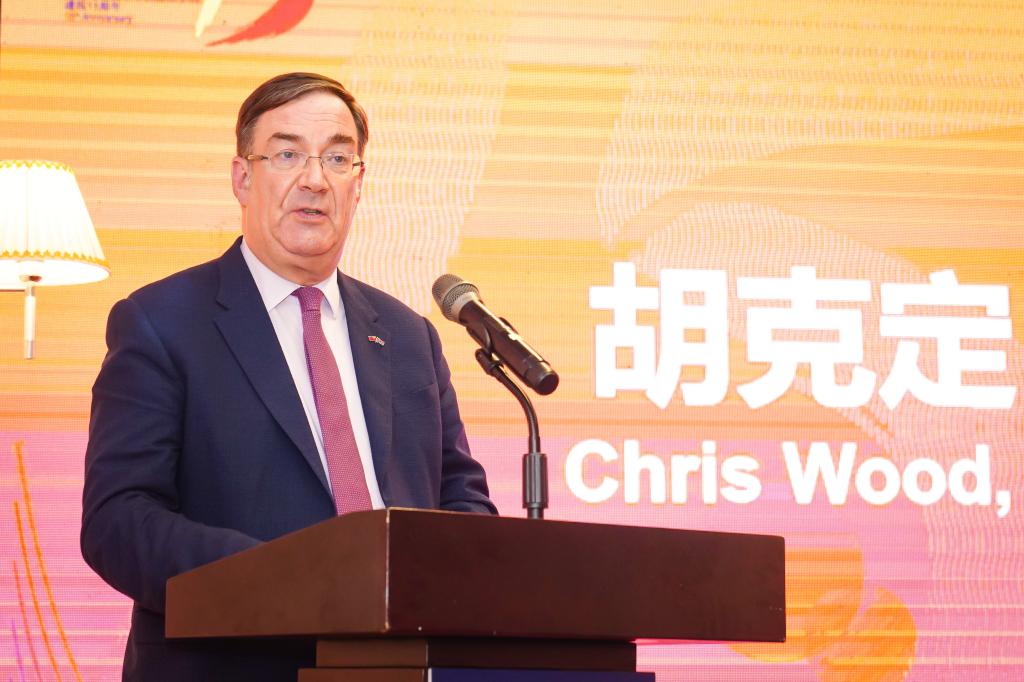 Li Yongzhi, Deputy Director of Shanghai Municipal Education Commission, said the year 2021 marks the 100th Anniversary since the Founding of The Communist Party of China, a transition of the Two Centenary Goals, as well as the first year of the Fourteenth Five-Year Plan. As an important measure of educational opening, Sino-foreign cooperation has been expanding in China. He hoped that SBC should foster virtue through education, improve educational quality and efficiency, and enhance cross-culture communication so as to further promote educational opening-up. 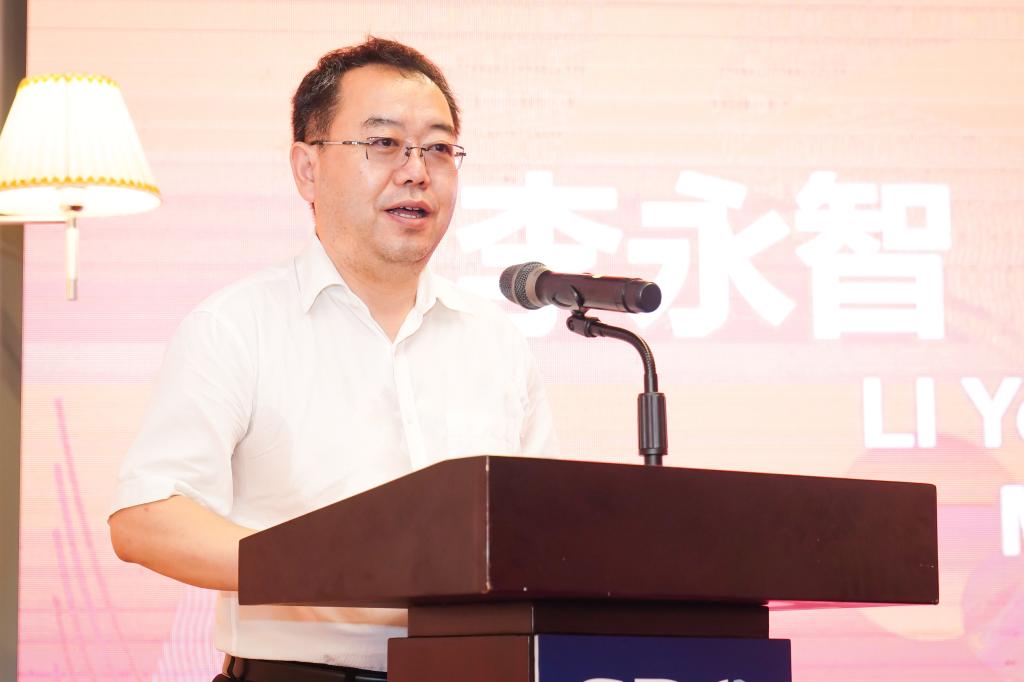 President Ding said that USST originated from Hujiang University established in 1906 and the German Medical School for Chinese in Shanghai in 1907. Since its establishment, USST implemented internationalization by introducing multiple education patterns and cultures. As one of the earliest Sino-foreign cooperative institutes in China, USST has a global vision and an inclusive environment and has long been committed to improving educational quality in engineering through internationalization. In 2006, USST co-established the Sino-British College in Xuhui District of central Shanghai with nine world-class universities in the UK. He hoped that SBC should always implement the Party’s strategies and explore the characteristic way of fostering virtue through education. SBC should make good use of every education resource, actively meet challenges, to pioneer education reform and innovation. 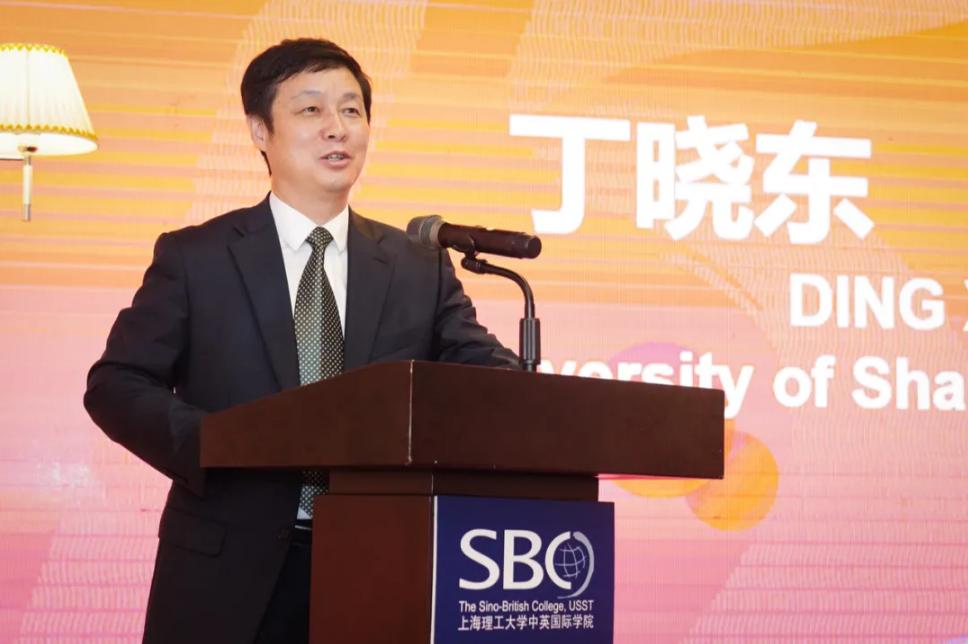