At 3 p.m. on April 6, 2021, British Cultural Centre held one of Business Professionals Lecture Talks series with the theme of "English Language Proficiency Training". The event was hosted by Leela green from the British Council.

After students introduced themselves, Leela shared her thought on her 20-year life in China, during which she lived in Yunnan and Zhejiang and was impressed by everything she had seen and felt and the students had a heated discussion on it.

Then, Leela presented a picture that showed English is the combination of different languages. In this part, students came to understand that all cultures are mutually inclusive and develop by drawing on each other’s benefit.

After emphasizing that students were encouraged to ask questions, Leela took out the little footballs she brought from the UK and had an interesting session of "Throw, Debate and Evaluate" with students. Leela showed all kinds of English proverbs on the blackboard and threw little footballs in different directions. The students who received the ball were asked to explain the proverbs, and were open to questions and evaluation from others. Then, Leela divided the students into several groups, each of which made sentences using the proverbs explained earlier and showed them on the stage. This activity allowed students to come up with a variety of ideas, opening their mind and encouraging them to innovate.

The time passed by quickly. Participants not only learned many new English words, but also enhanced their cooperation ability and broadened their way of thinking. Leela fully affirmed the students' proactive performance. Spring is about to leave, but the students' enthusiasm for learning will never perish. Looking forward to seeing you next time! 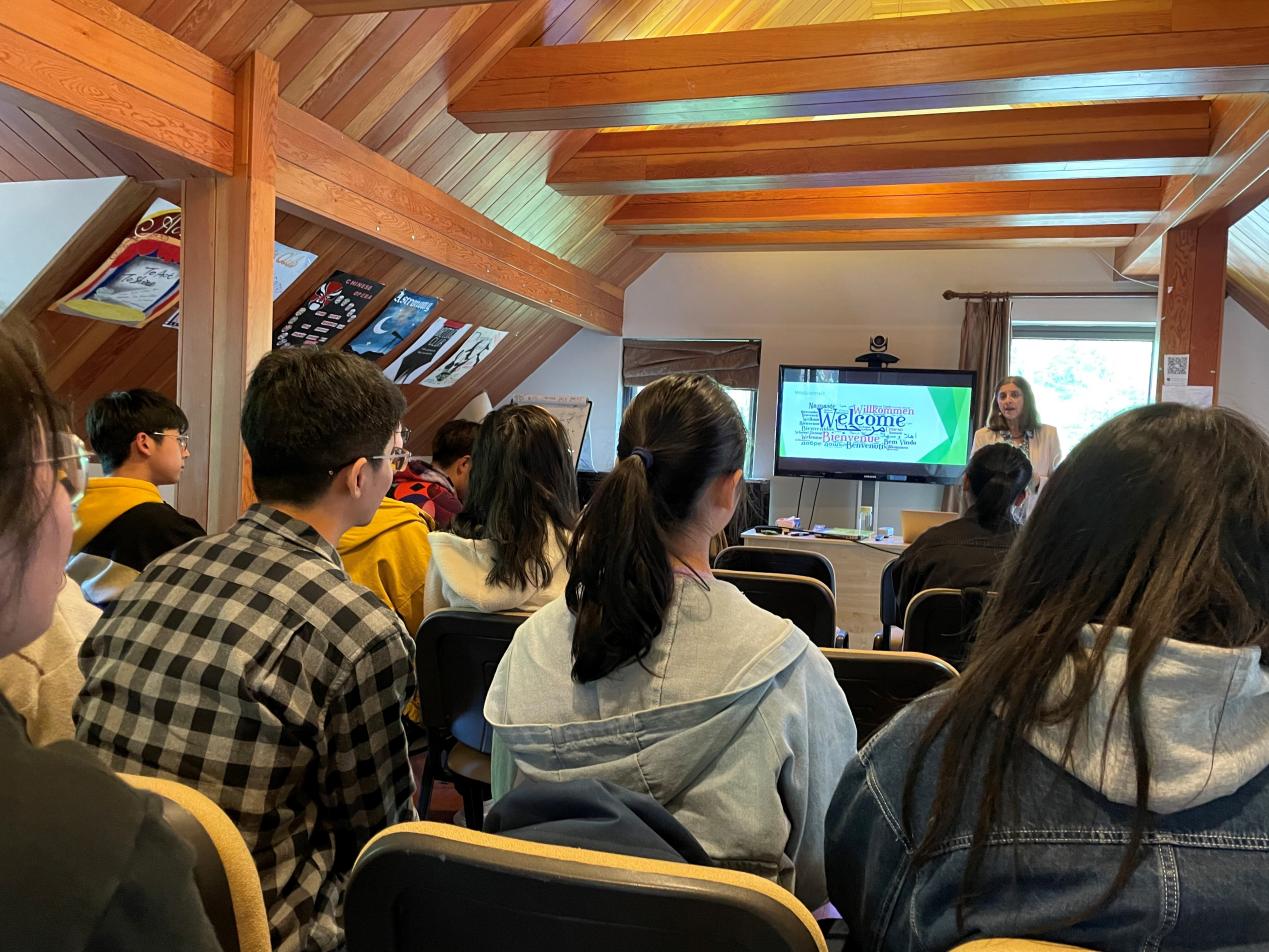