On the morning of October 17,2019, University of Shanghai for Science and Technology and Coventry University held the signing and unveiling ceremony of theUSST-CU Joint Research Center for Advanced Manufacturing and Vehicle Engineering in the first conference room of the Graphic Information Center. USST Vice President Prof. Liu Ping and Pro Vice Chancellor of Coventry University Prof. Richard Dashwood attended the ceremony. Six professors from the Future Transportation and Urban Research Institute and the head of the Department of Engineering Environment and Computer Science of Coventry University also attended the event. The ceremony was presided over by Professor Li Haolin, Dean of the School of Mechanical Engineering. 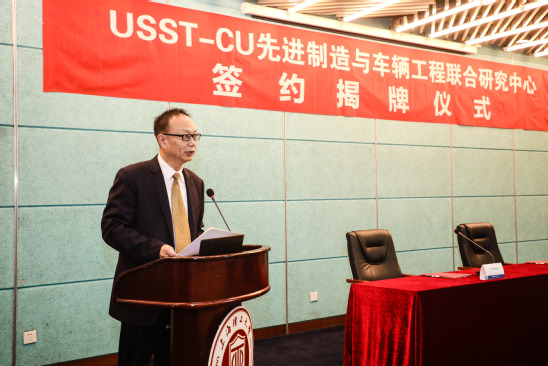 USST Vice President Liu Ping gave a warm welcome speech. He highly affirmed the significance of the exchanges and cooperation between the two sides and pointed out that the establishment of the joint research center will further promote the construction of high-level universities in USST. CU Pro Vice Chancellor Richard Dashwood expressed his expectation for the later cooperation between the two parties and introduced the overall situation of Coventry University. Vice President Liu Ping and Pro Vice Chancellor Richard Dashwood signed the agreement on the joint construction of the USST-CU Joint Research Center for Advanced Manufacturing and Vehicle Engineering on behalf of the two universities and unveiled the research center. 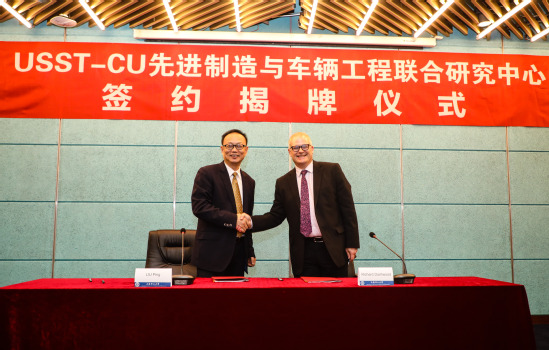 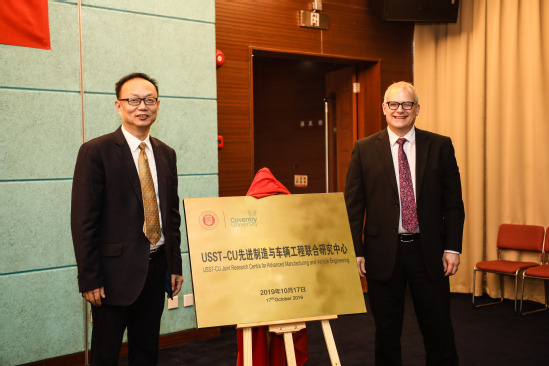 USST started cooperation with Coventry University in the UK in 2013. The two sides cooperate every year in the exchange of teachers and students. On December 7, 2017, during the fifth meeting of the Sino-British Senior Humanistic Exchange Mechanism and the Tenth China-UK Education Ministerial Consultation Meeting, witnessed by the Chinese and British Ministers of Education, the two sides signed an MOU on the establishment of advanced manufacturing research center, and then began to set up a joint research center. In 2018, USST President Ding Xiaodong visited Coventry University and signed a joint doctoral agreement with CU vice chancellor. Two more visits between the two sides in 2019 further promoted the process of establishing a joint research center for advanced manufacturing and vehicle engineering. Through the many exchanges between the two parties, the cooperation content and operational mechanism of the joint research center were finally determined. 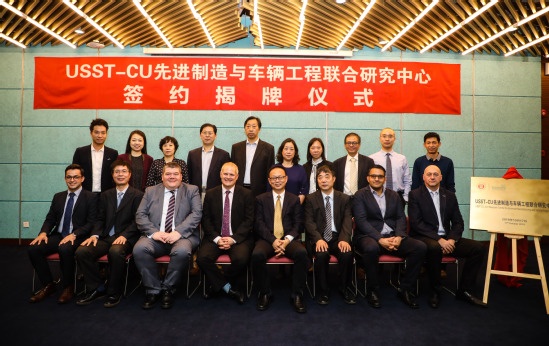 Based on the advantages of the two universities in advanced manufacturing technology, the Joint Research Center determines cooperation in two fields namely new energy vehicles and manufacturing big data. The Joint Research Center is an important measure for USST to gather international top-class research teams, build a top-class scientific research platform, and promote the construction of international first-class disciplines. It will definitely promote the high-level talent cultivation andDouble First-class Construction in USST.