Late spring, the American Culture Center of the University of Shanghai for Science and Technology has invited Dr. Dianna Anderson and Dr. Erik Anderson to come to perform. This is the second event of the Spring Music Festival. Also this event is one of the series of the high-level cultual events of Hujiang International Cultural Park. 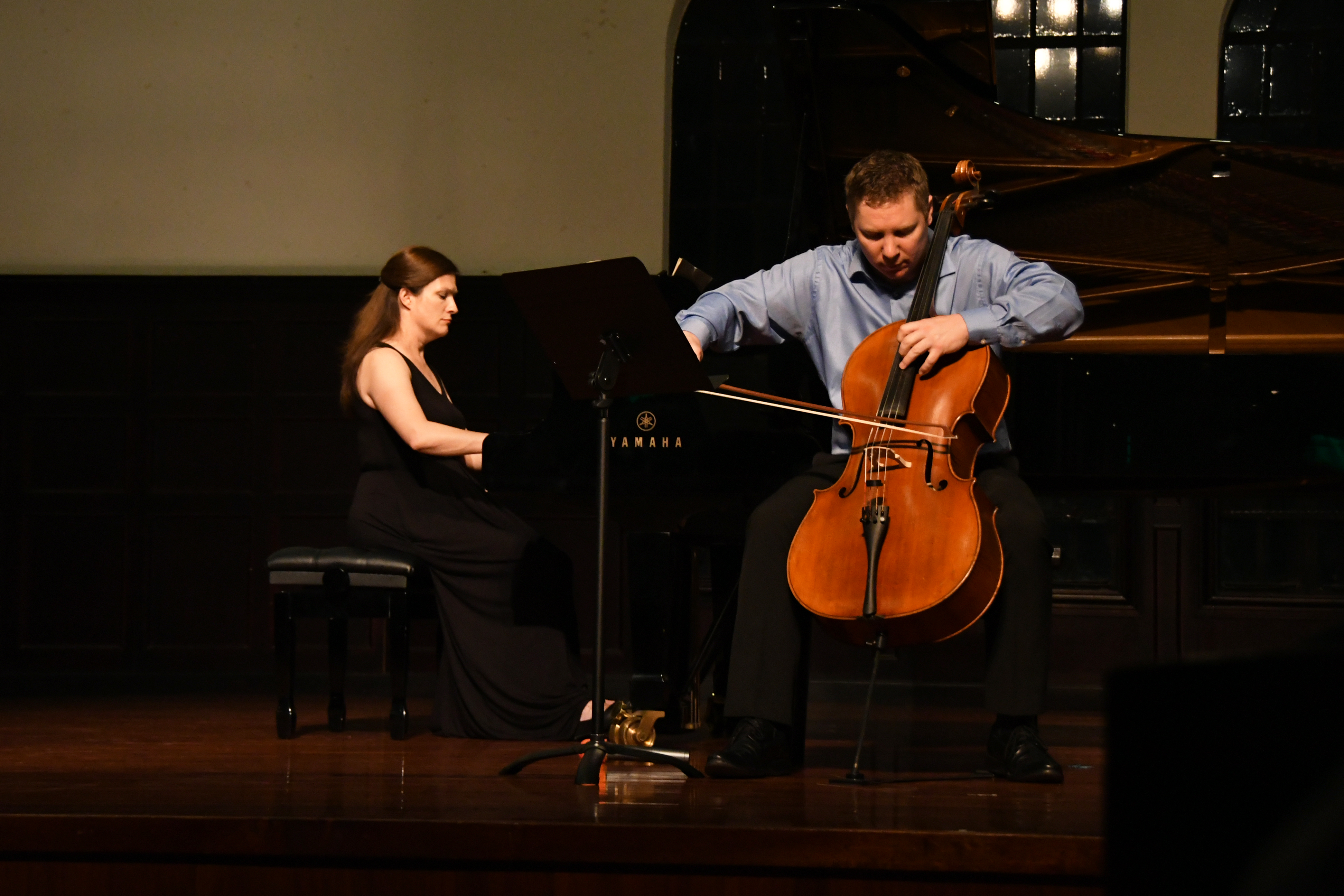 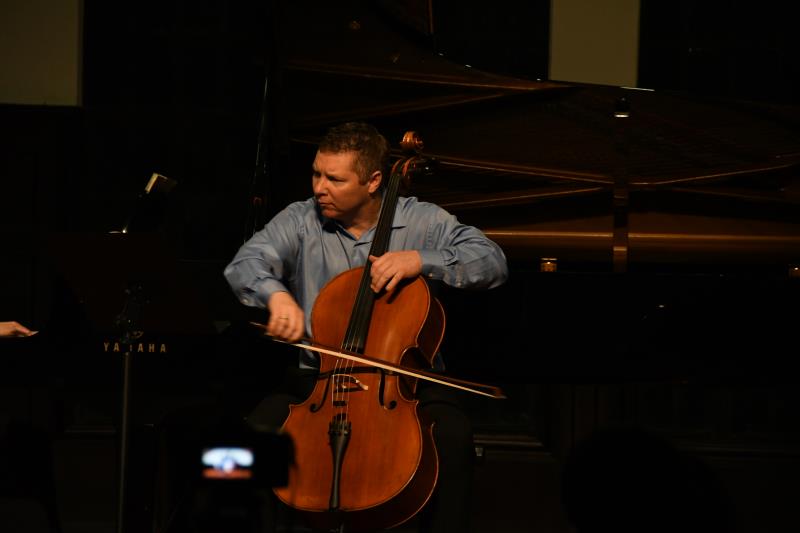 At 7pm on May 30th, the Piano and Cello Duo was held at the Music Hall of our university. The two musicians gave the audience a wonderful performance, playing works by Efrian Amaya, Webern, Arvo Part and Beethoven. The whole performance was divided into four parts, each part brings a different feeling to the ear. The cello sound and the piano sound seemed to be from far to near, from small to large, bursting after the softly twirling "overture". And the passionate notes beated our heart. When the one-hour concert came to an end, the echoes still echoed around the ear. The audience’s applause continued for a long time, thanking the musicians for their wonderful performance. 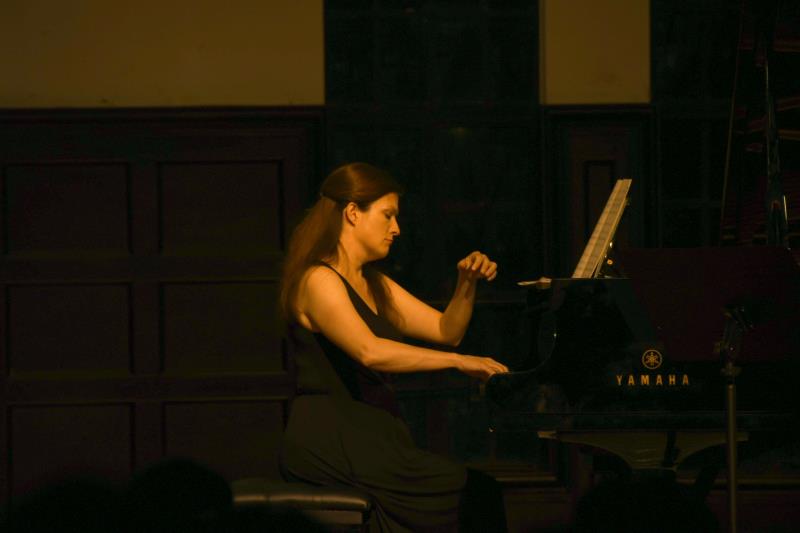 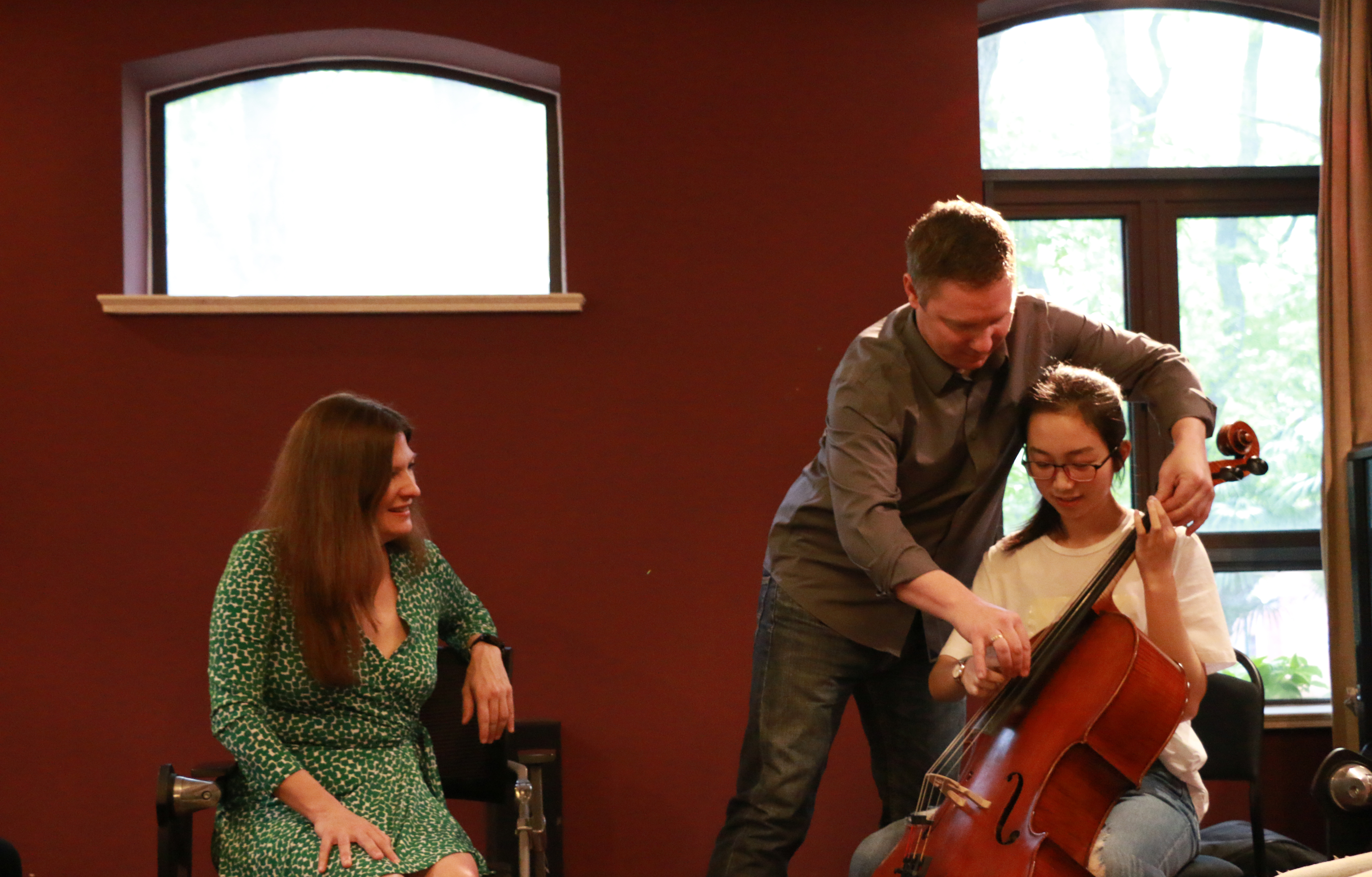