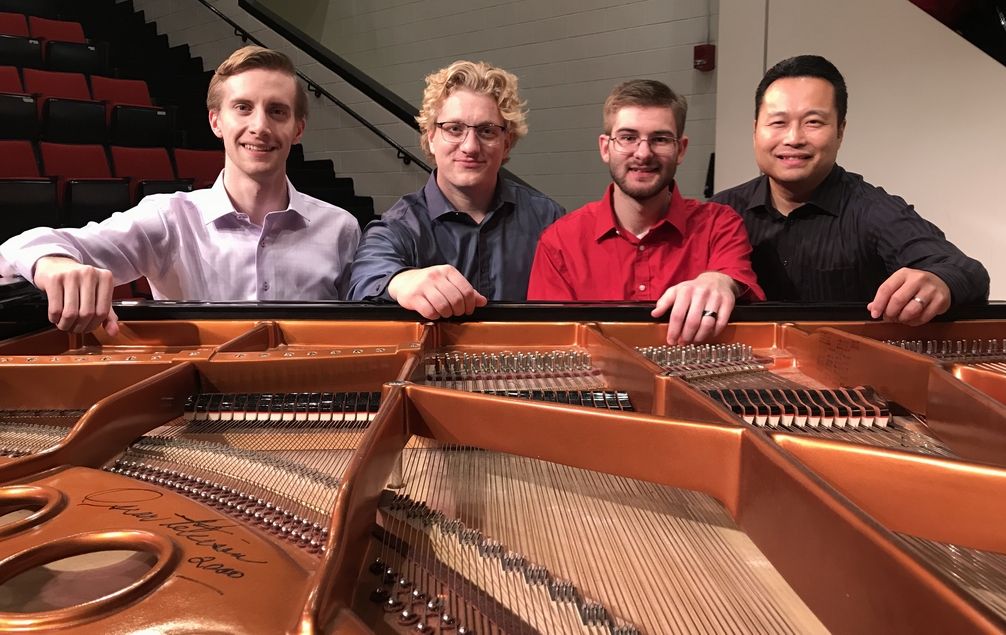 The four pianists Jonas Fisher, Matthew Lorenz, Matthew Sebald and Nariaki Sugiura from the Music Department of North Dakota University formed the piano quartet. At 3 pm on the 20th, members of the North Dakota University Piano Quartet participated in the English Corner held by the American Cultural Exchange Center. They discussed with the students the different attitudes of China and the United States in dealing with majors and dropouts, as well as the popular US. Movies and singers, etc., speak freely and actively express their opinions. The two-hour exchange will end in a happy discussion.

On the evening of November 22nd, the band held a piano quartet concert at the Concert Hall of our school. Four musicians presented a wonderful performance combining classical and modern for more than 100 audiences present. In the first half of the concert, the musicians performed four complete Chopin repertoires, and through these four repertoires, they clearly showed Chopin's style of writing in different periods. The first narrative of Chopin's G minor in Jonas Fisher is deep and deep, and the cautiousness at the beginning is in stark contrast to the last impassion. Mattew Sebald's second narrative in F major is bright and bright, and Mattew Lorenze's third narrative in A major is about the love story of the water demon and human beings, ups and downs. In the end, Nariaki Sugiura played the fourth narrative of the F minor, which was grand and powerful, and stunned the hearts of the audience in the powerful keying percussion.

On November 23, the American Cultural Exchange Center led the piano quartet band to the Shanghai Experimental School, which brought a special performance to more than 300 teachers and students of the Shanghai Experimental School. The small reporters of "Little Master" visited our American Cultural Exchange Center and interviewed four musicians.

The event was very enthusiastic both inside and outside the school, which enhanced the social reputation of our school, promoted cultural exchanges better, and provided a better platform for teachers and students who love art.

Nariaki Sugiura is an associate professor of piano at the University of North Dakota and a visiting professor at East China Normal University. He received a Master of Piano and a Ph.D. in Music from the Jacobs College of Music at Indiana University. He has performed solo concerts and concertos in some of the most prestigious concert halls in Europe, North and South America, and Asia; Sugiura has recorded eight CD albums for record labels such as Klavier Records, Eroica Classical Recordings and T. K. Music Productions. His performances have been broadcast on national and international television and radio; Jonas Fisher was named Presser Scholar in 2018 and won the UND Musical Outstanding Achievement Award in the 2018 Honor Exhibition; Matthew Lorenz is 2016 Bismarck-Mann The Dan Symphony Orchestra Concerto Competition and the winner of the UND 2015 Mozart Piano Concerto Competition are also runners-up in the 2017 Grands Concerto Competition. 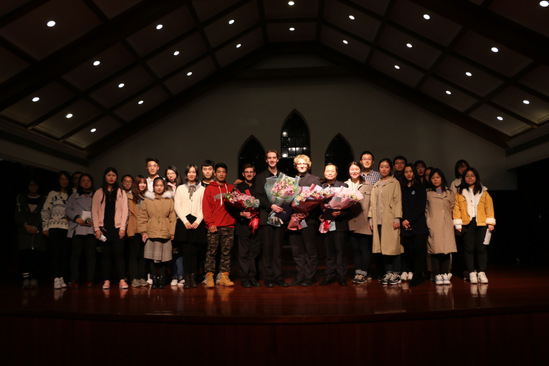 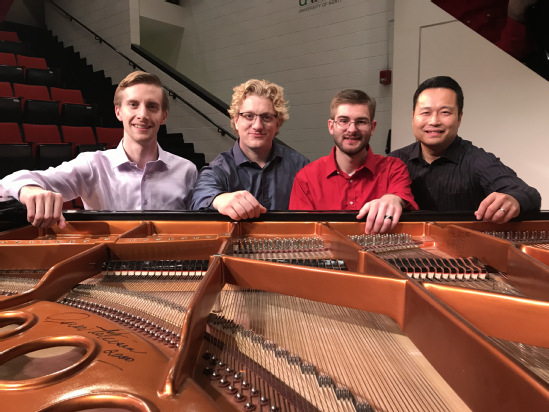 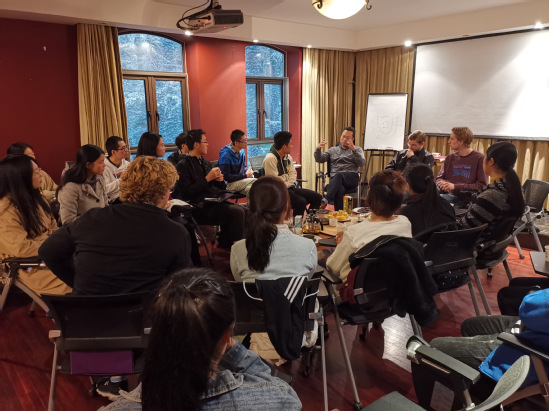 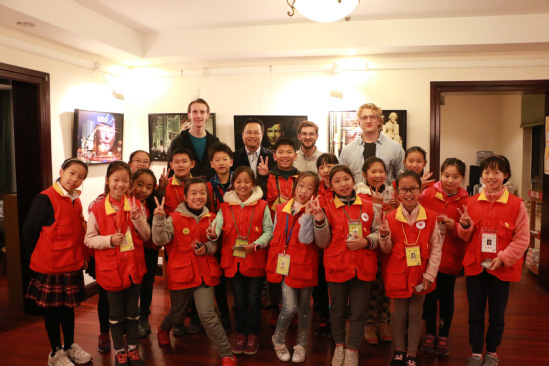 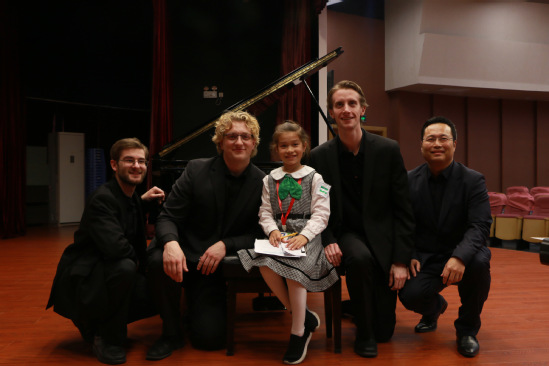