On October 12th, 2018, the Chinese and Japanese traditional music concerts was successfully held in the music hall of USST. The event was co-organized by the Japanese Cultural Exchange Center of the Hujiang International Cultural Park and the Hujiang College. The artists from the Kobe Bolly Studio in Japan and the teachers and students of the Hujiang Folk Orchestra of USST participated in the performance.

Before the performance began, Ms. Moto, the representative of the Kobe Bunle Studio in Japan, said that Japanese culture has grown up in the nurturing and learning of the traditional Chinese culture. The profound influence of China on traditional Japanese instruments is an example. Most of the traditional Japanese musical instruments were originated in China. For example, the famous musical instruments such as the shakuhachi, the pipa, the shamisen, and the zither are almost all introduced by China, and the form of the incoming is still completely preserved. She hopes to have in-depth exchanges with the music and teachers of USST on traditional music, and use this activity to express gratitude to China.

At the beginning of the performance, the Japanese performers dressed in elegant Japanese traditional kimonos brought the audience one of the most popular traditional folk songs in Japan, "Sakura". Between the strings of the pipa, the sound of the piano is as smooth as the water; when it is slow and slow, the music is soothing like a cloud, and the audience is introduced into the beautiful spring scenery. The following concertos show us the diversity of traditional Japanese instrumental performances, whether it is the shakuhachi and the zither, the pipa and the zither, or the three-string concerto, which makes the audience in the audience enchanted. The next dance performance was "Architect of the Eight Thousand Generations of Lions". The dancer, Mr. Bao Shuzheng, showed great skills in the concerto of the stunned performance. The posture and expression of the expression made the audience amazed. The introduction of Chinese and Japanese traditional musical instruments interspersed in the middle explains the difference between Chinese and Japanese guzheng, pipa and erhu. While paying attention to classical, Japan's Bangle is also constantly producing modern repertoire. Then the orchestra played us a popular pop music such as "Thousand Sakura" and "One Day Winter".

Later, the teachers and students of the Hujiang Folk Orchestra of USST were dressed in Hanfu and played classical music such as "Horse" and "Dhu Dance" to us. The whole performance entered a climax in the "Jasmine" of the Sino-Japanese ensemble. With the melodious ensemble "The Hometown of the Sea" sounded, the concert also came to an end.

After the concert, the Chinese and Japanese performers conducted more in-depth exchanges at the Japan Cultural Exchange Center. At the exchange meeting, the performers introduced the stories and meanings of the songs to Chinese students in detail. In a relaxed atmosphere, the students of the music department of USST also wore Hanfu for the Japanese friends to play the Guqin song "Going to the Resignation". The Japanese guzheng players showed great interest in instruments that had only seven strings but could play so many tune. Although there are some obstacles in language communication, in the exchange of music, everyone can share their enthusiasm and explore the boundaries of national music and music. 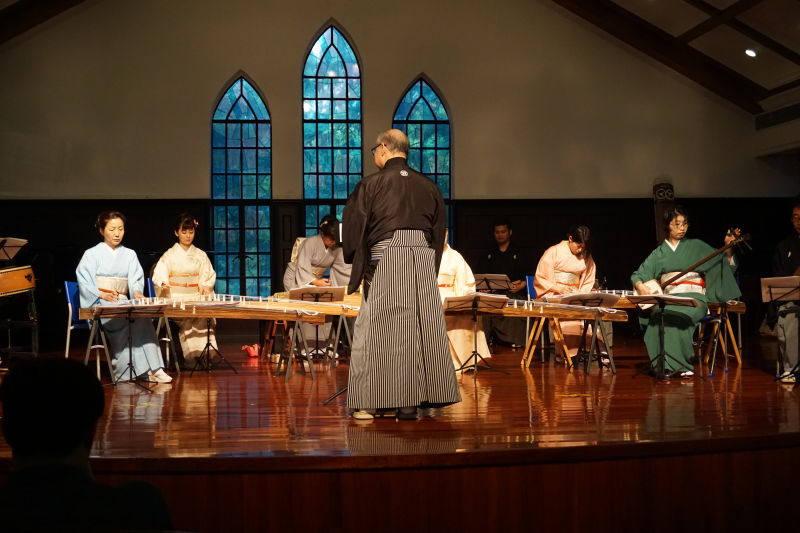 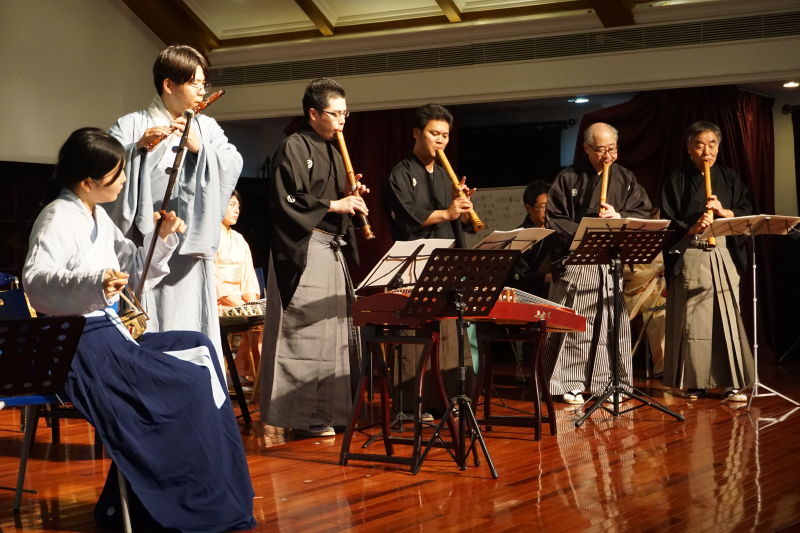 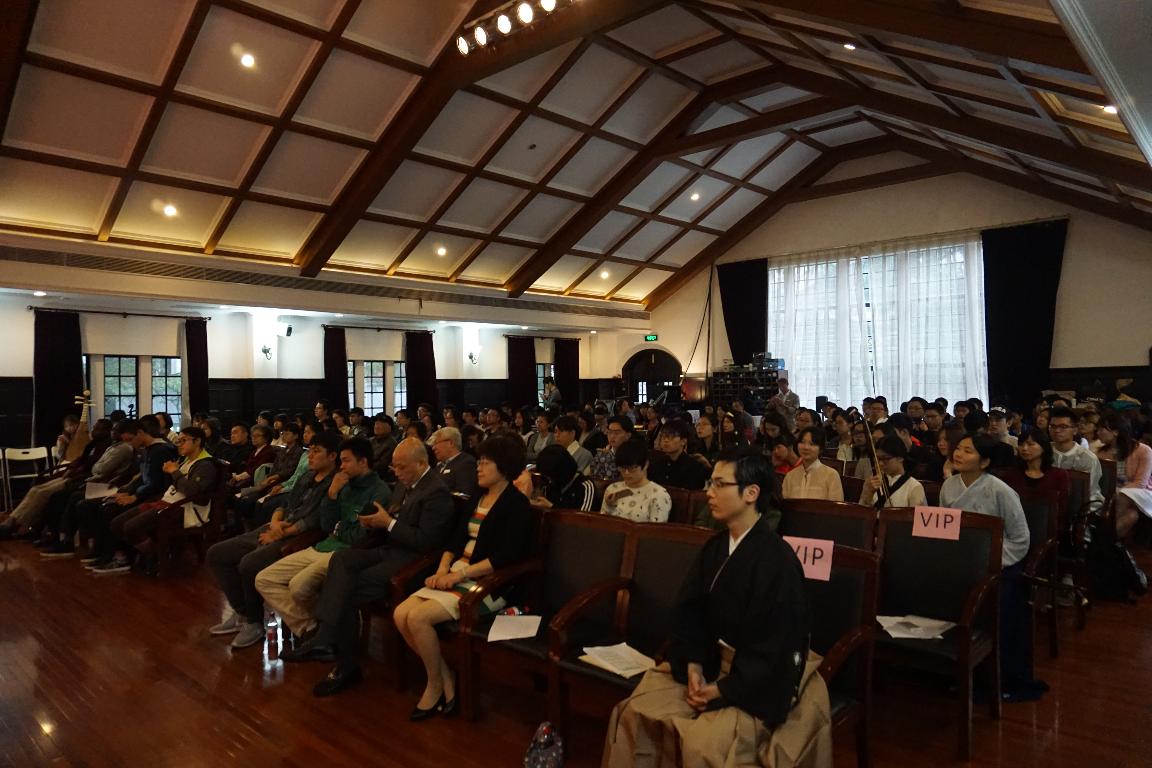 Audience appreciating the performance at the concert