Recently, Ms. Lindsay Shen from SBC was invited to give a lecture in the British Cultural Centre.The topic of the lecture was the great painters in Jane Austen's time. It was a big collision between sense and emotion, like a grand banquet for big eaters.

Thomas Lawrence and Thomas Gainsborough were displayed in front of everyone. Thomas Lawrence was the most famous portrait painters in the Regency period of England. His works fully demonstrated his pursuit of the details. The glorious embroidered gauze as thin as a cicada's wings, the decorated corner etc. The carefulness of the painter did not only convey the beauty but also truly reflected the character of the people in that period. Different from Thomas Lawrence, what Gainsborough really liked was the painting of beautiful natural scenery. .In his works, the description of people was always accompanied by lots of environmental description, such as in his painting of Mr and Mrs Robert Andrews. This is like putting the whole society into a small bottle. From outside the bottle, we can not only see the social relationships between people in that time, but also the living condition of people. The exciting speech of Ms. Lindsay Shen brought in the collision between Western and Eastern culture and also talked about paintings by John Constable and JMW Turner, which are still greatly loved by people today. All the students praised the paintings. After the lecture, the 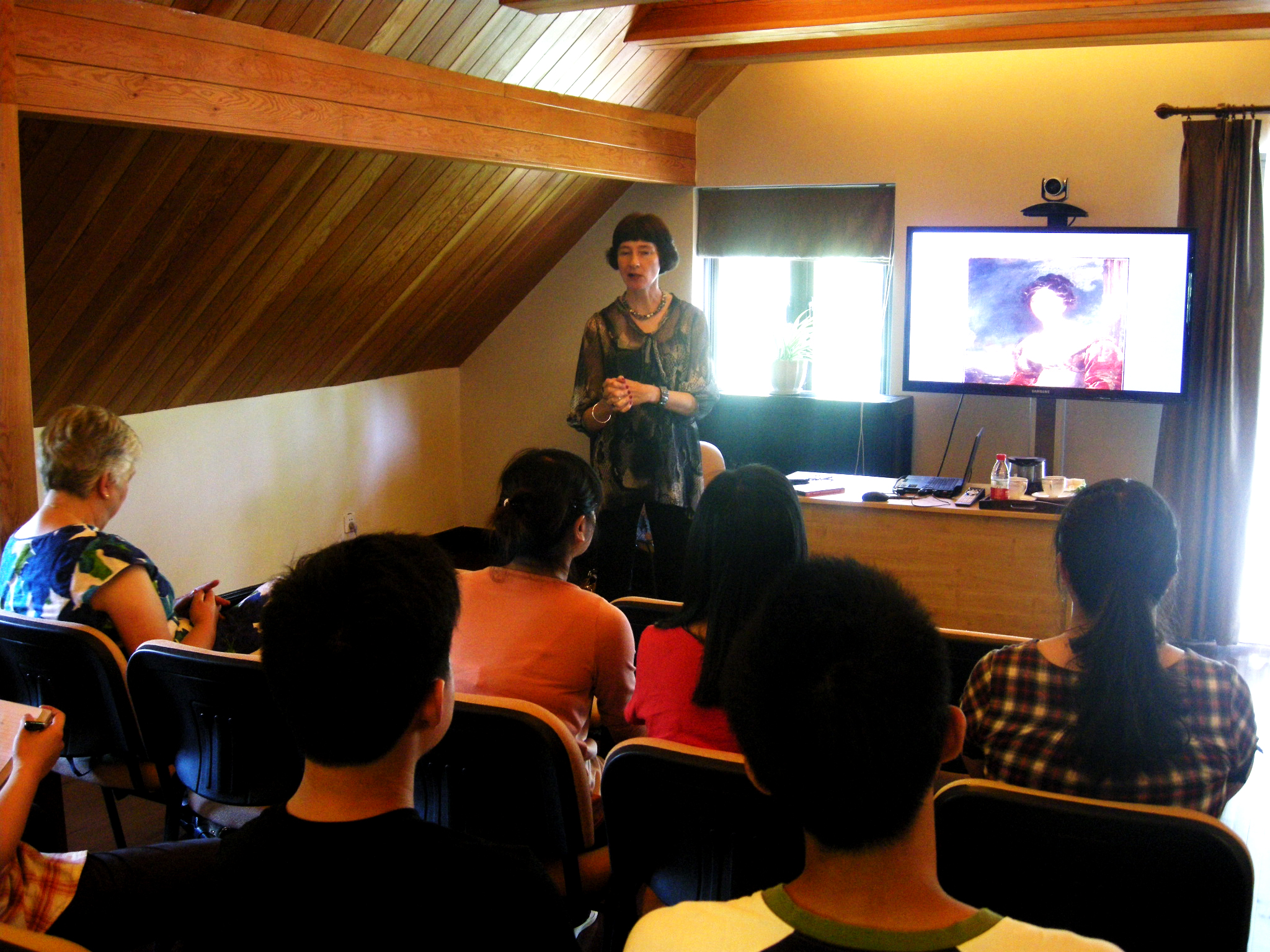