Recently, the National Floorball Club Invitational Tournament was held in the Sports Center of USST. After an intense competition for the whole day, Shanghai Sharks won the final match.

This tournament attracts more than a dozen teams from around the country, as well as the floorball teams from Hong Kong, Singapore, and South Korea. The Floorball Club of USST also took part in the tournament.

As an emerging sport, floorball games have attracted people of both sex and all ages, and quickly became popular around the world because it is interesting, confrontational, simple and with high-intensity activity. With its rules similar to that of ice hockey, either team can get a score as long as its player shoots the ball into the goal area with the stick within the given time. In the official competition, each team can field six players at a time on the court, one player being a goalkeeper. The team is also allowed to change players at any time in the game.

With the great support of the university authority, to make full use of the existing sports fields and facilities, the Department of Physical Education introduced floorball in 2010, opened courses and helped to found a club. As a result, the teacher and students have more options for participating in sports.

The visiting teams were amazed by our sports fields. They expressed their envy and their wish to come again. The game not only provided an opportunity for the floorball teams to communicate and make friends of each other, but also promoted the awareness of USST. 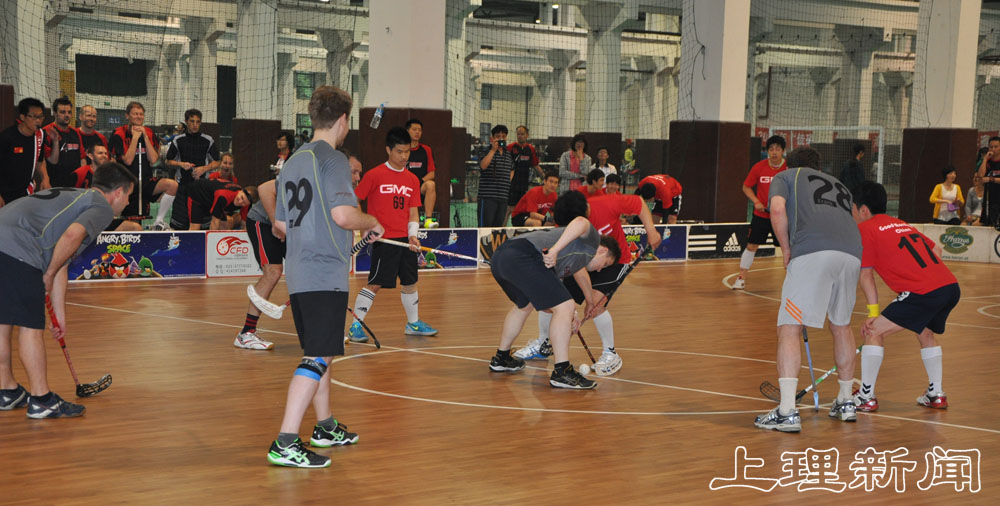