Before the event officially started, Chen Bin met with Mr. Tim Standbrook, Consul for scientific innovation at the British Consulate Shanghai office, and extended a warm welcome to him. Prof. Chen invited Tim Standbrook to give advice and suggestions on the construction of the Advanced Manufacturing Center. Tim Standbrook thanked Prof. Chen for his hospitality, and said that he was willing to actively promote cooperation on science and technology between USST and Britain.

Later, Prof. Chen escorted Tim Standbrook to view the photo exhibition of Georgian architecture of Liverpool along with the students of USST in the Photo Exhibition Hall in the wing building of the British Centre, and was very appreciative of these outstanding pictures. Georgian style is an architectural style formed between 1714 and 1830. It was popular in Europe, especially in Britain. This style followed the principle of combing symmetry

and harmony together. The houses of this style feature symmetry, balance and delicate decor. 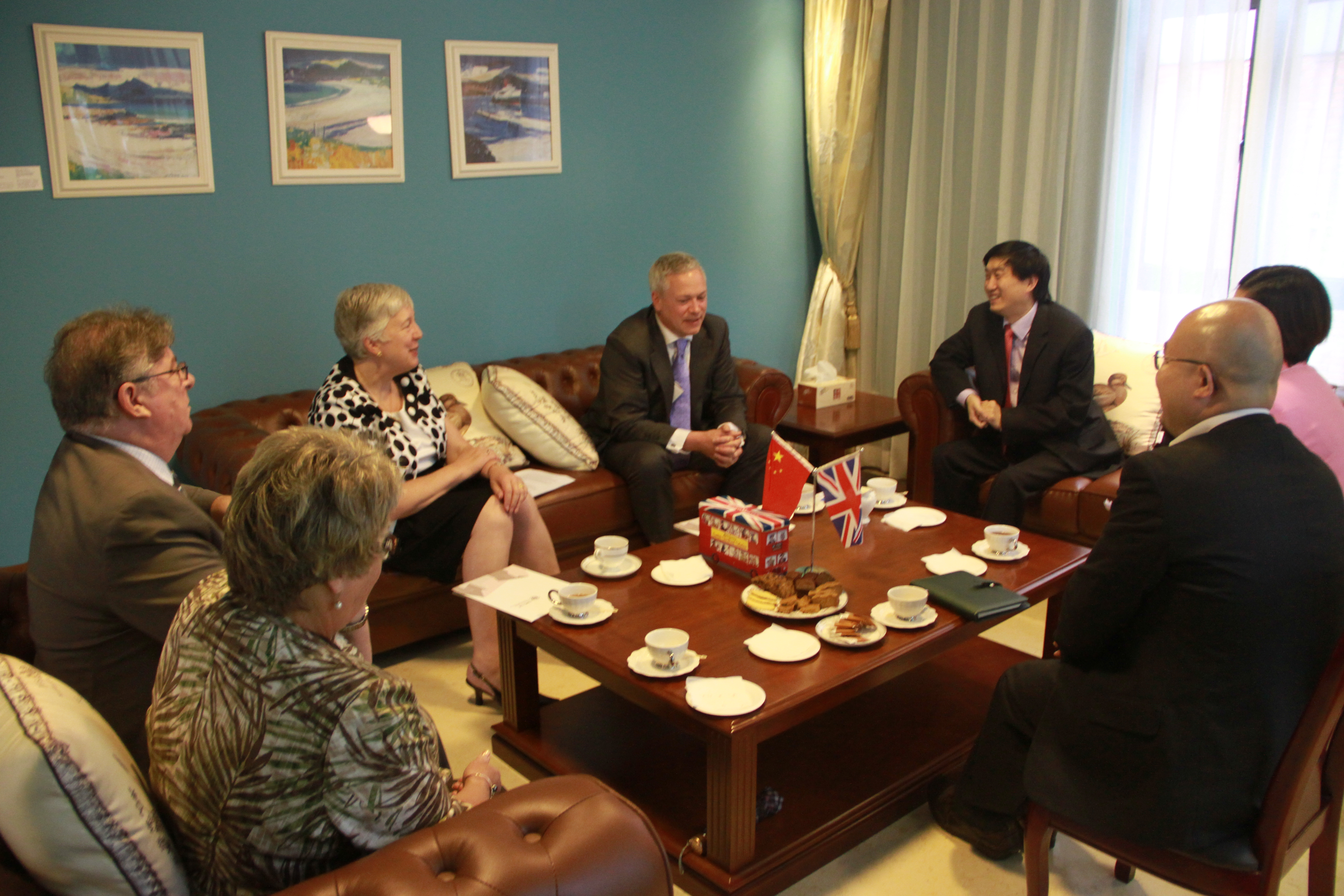 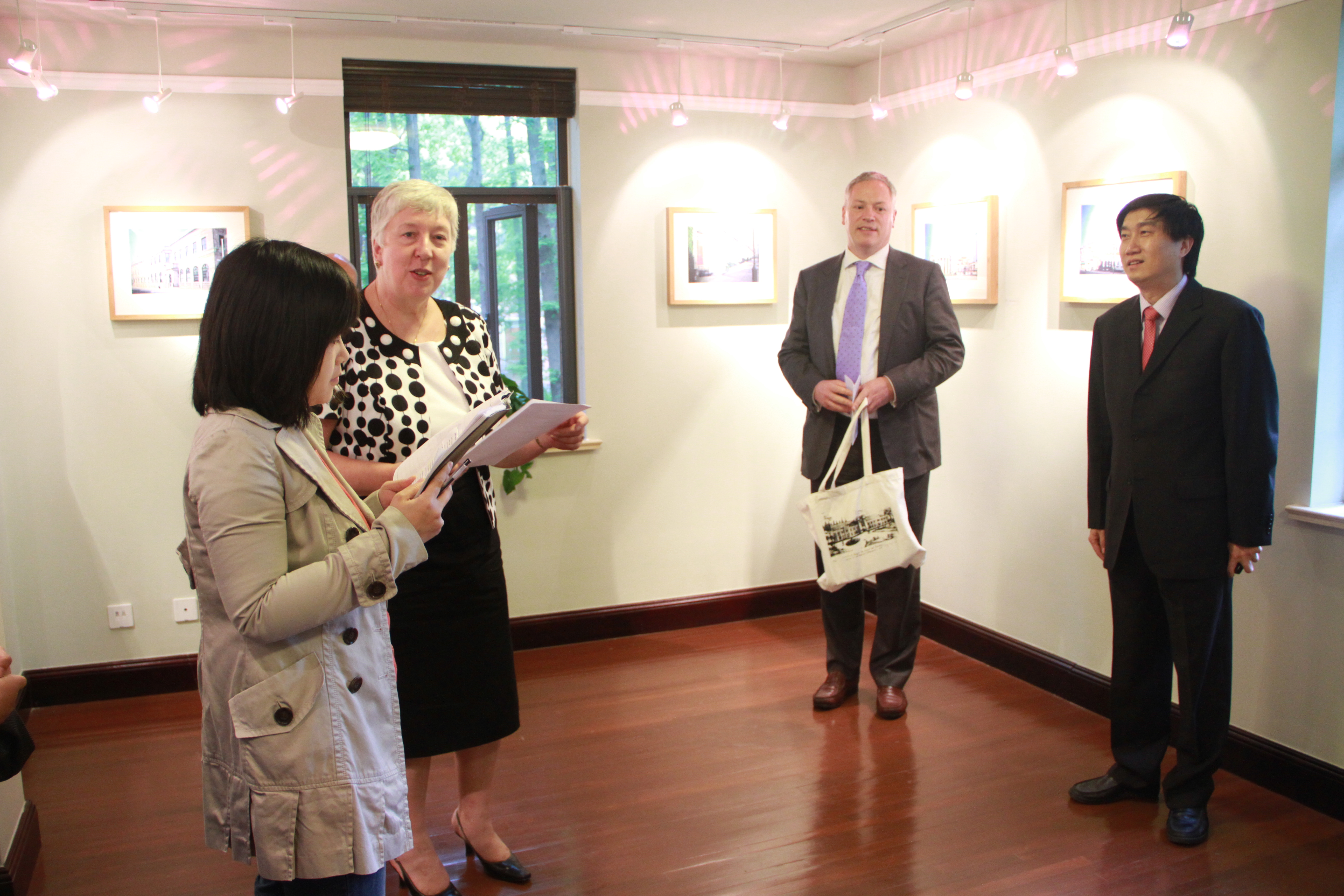