Students listened to the recitations of the works of Robert Burns, William Blake and other famous poets. ‘A Red Red Rose’ by Robert Burns has a a Scottish accent, and intense emotion. If you read the poems, you will feel a river of life flows in it. ‘Jerusalem’ is vigorous and the best known work of William Blake. It became one of the most popular songs of Britain after Hubert Parry set it to music. What was particularly special was the way that Professor Ian Gow and Mrs. Sue Maguire sang the song together.

After the poetry reading, the students asked their questions and expressed their ideas. Professor Ian Gow and Mrs. Sue Maguire answered in detail. The atmosphere was active and everyone applauded the event. 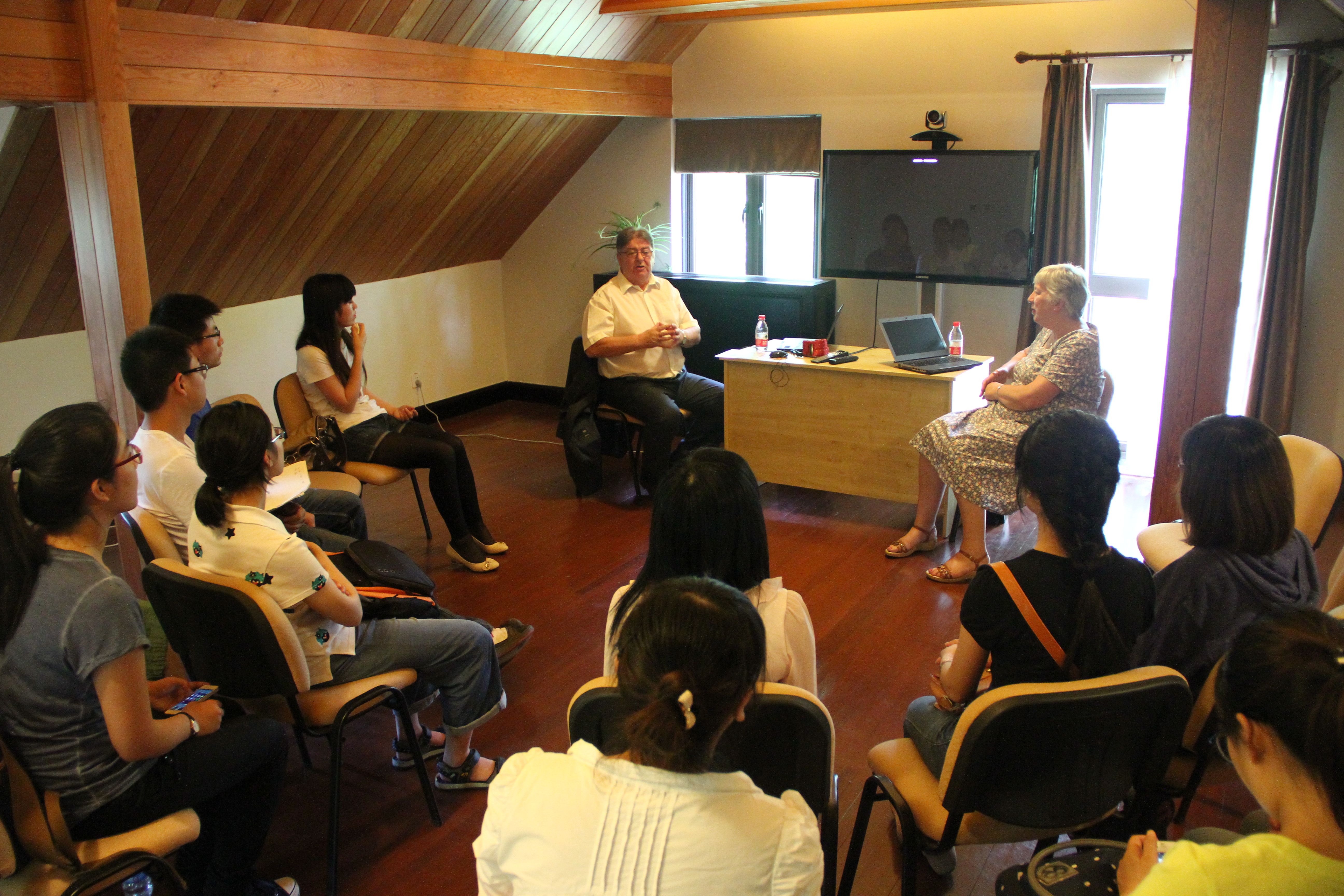