Recently, the German Culture Center held a seminar, which was mainly to consider how Chinese culture was introduced into Europe and affected the European enlightenment. The speaker was Thoralf Lindner the researcher for Prof. Kramer in the East Asian Institute, Chinese Social Section of Department of Sinology from Leipzig University.

Mr. Lindner learnt Sinology and Chinese history in Leipzig and Nanchang, so he had a good understanding of China's traditional ideological and cultural history. In order to let everyone fully understand what he was talking about, Mr. Lindner, also used Chinese from time to time. The directors of the German center Prof. Gu Shiyuan and Prof. Zimmer also explained some specialized vocabulary such as Latin, which helped the audience, especially the students, find it easier to understand. With the assistance of the two directors, the lecture went on very smoothly.

At the end of the lecture, students put forward some questions about issues on China and Europe in the social hierarchy and cultural exchange. Mr. Lindner patiently expressed his views and insights. Chinese and western culture blended in this moment and I believe students had a more in-depth experience and ideas on this issue through this opportunity. 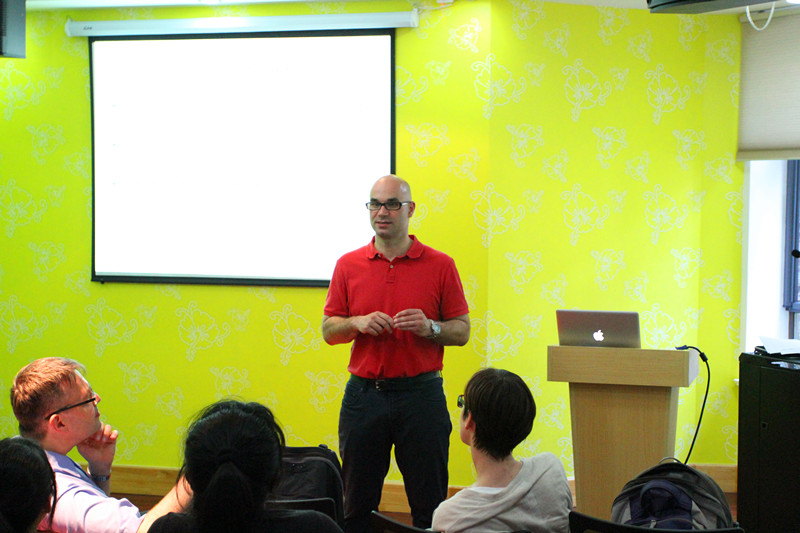