Recently, the German culture center ushered in a prestigiousand exciting event——a report about Germany's general election in 2013，given by Mr. Leon Berger, the former consul general of Germany in Shanghai. This report had attracted teachers and students from many universities in Shanghai and the German culture center’s lecture hall in the second floor was filled with many listeners.

Mr. Leonberger assumed office in 1998 as the consul general of Germany in Shanghai and moved to Yugoslavia to serve as ambassador in 2002. At the invitation of the German culture center of USST, Mr. Leon Berger came here specially for this event and he wore a tie with a dragon pattern in order to show his respect for this event and his affection for China.

To make the lecture flow more smoothly, the German culture center invited Huang Xiaoling, translator for the German consulate, to serve as the on-site translator. Mr. Leon Berger often said, “A successful report needs a professional and passionate translator” and Miss Huang was the exact translator who was needed for the role.

Mr. Leonberger mainly talked about the social and economic situation and the existing electoral system of Germany in the report. Thanks to Mr. Berger’s humorous speaking style and Miss. Huang’s excellent translation, the slightly serious topic could be shown in an easier and more understandable way. At the end of the report, students quickly put forward their ideas and problems and Mr. Romberg patiently answered them one by one.

After the report, Prof. Gu Shiyuan, director professor of the German culture center, gave a gift to Mr.Leonberger specially to show our friendship and this lecture ended successfully. 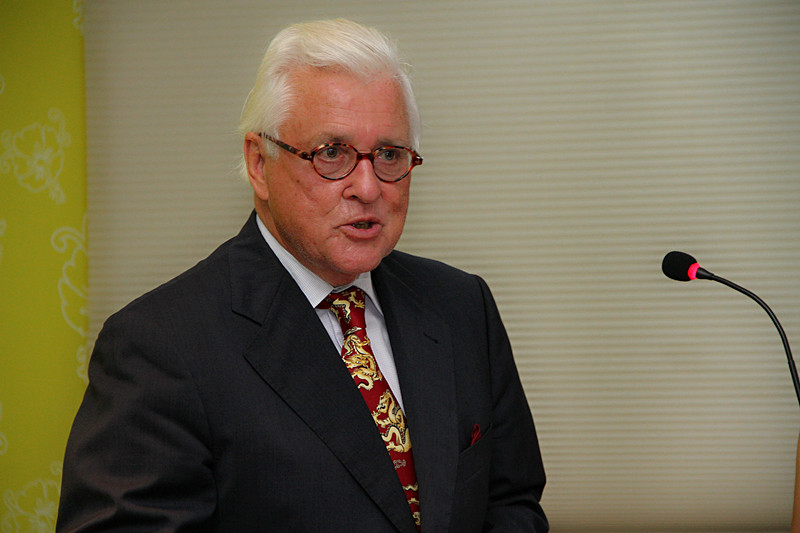