The American ensemble, Trio Clavino, performed today in the Small Theater for USST students, faculty and community members before heading downtown for a second concert at the Shanghai Oriental Arts Center.  The eclectic concert of works by Chinese, American and European composers was the first stop on a tour of China.  The trio leaves tomorrow for Beijing.

Pianist Xun Pan introduced the concert and provided commentary for each of the works performed.  The trio specializes in new work by living composers and their USST concert featured many new works, both Chinese and Western, including one by composer Jeffrey Gao who was present at the concert. Mr. Gao came on stage to introduce his lyrical four-movement piece, “The Journey, ” which was performed with great feeling by trio members Xun Pan, Simon Maurer (violin and viola), and Doris Hall-Gulati. 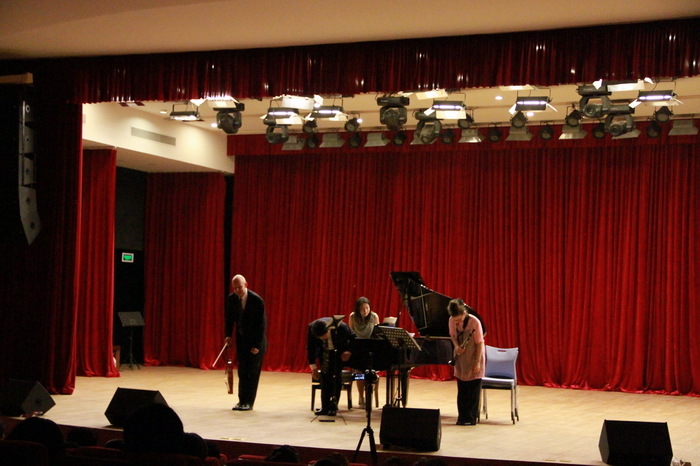 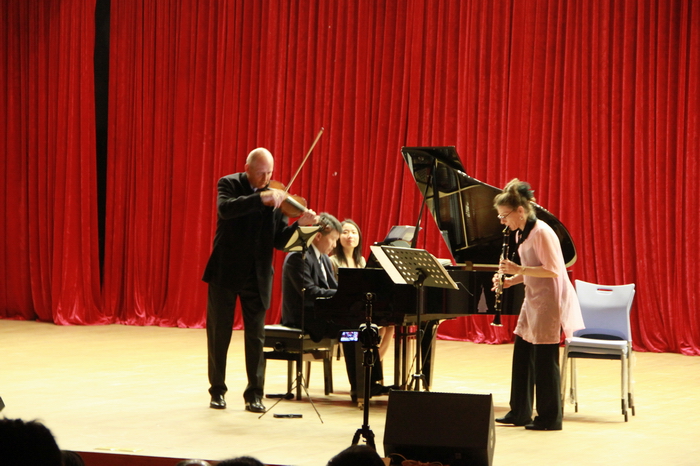