This was the second lecture in the series of lectures on higher education held by the British Cultural Centre. USST Vice President Professor Chen Bin also attended.

Students extended a warm welcome to Professor Ian Gow. He first introduced the evolution of Higher education in China prior to the 1890s and possible reasons for the failure to develop from the Shuyuan (the equivalent to the Medieval European  university into “Modern universities” until the creation of Beida in the 1890s, He then went on to describe the development of foreign institutions commenting on American  missionary leadership in this field (most appropriate in the USST Cultural Park with its own distinguished history of missionary educational activity) and then focussing on European and British developments. He also pointed out the significance of USST’s other historical linkages in this process especially the German College pointing out that the USST Fuxing campus was mentioned in a special clause in the Versailles Treaty after WW1, the most famous Treaty in 20th century world history. He then pointed out that the Treaty decisions recognised the Fuxing German Campus as the first truly Sino-Foreign Joint venture campus preceding the Nottingham campus at Ningbo by almost 100 years!

Professor Ian Gow’s humorous and very informative speech style brought a very enthusiastic response from the USST students and Professor Gow was impressed by the linguistic and academic nature of the questions. 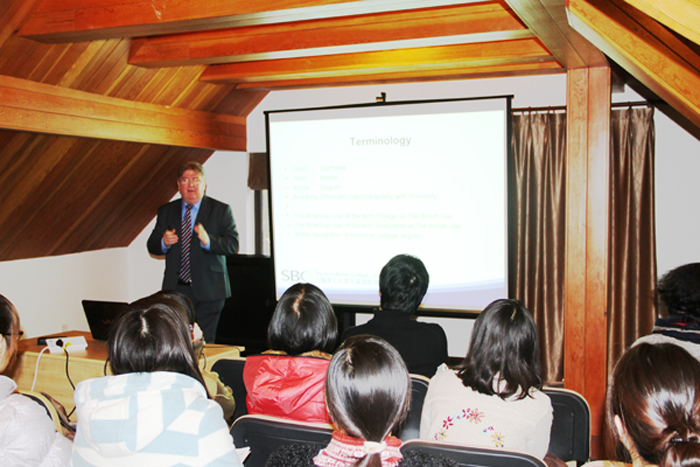 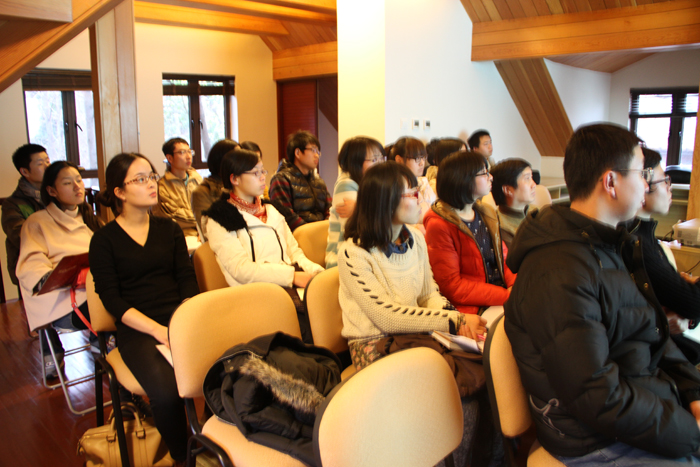